LANGUANGE: In Latvian, although children will be introduced to the play in Dutch. 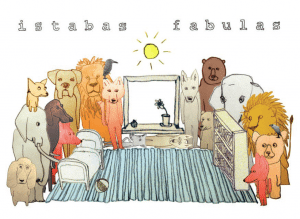